The problem is diplomacy is all your troops freeze in panic

I’m speaking, of course, of the skill in Heroes of Might and Magic 3.

When you are good at diplomacy, troops that would otherwise attack your army, may join it instead, “For greater glory.” 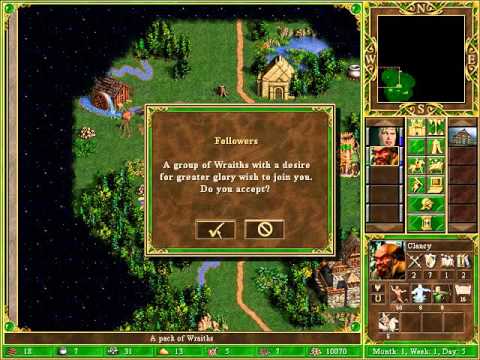 Sound great? It is!

Near the beginning of the game, without spending a single gold, you can have a horde from every tongue and tribe and nation. Crusaders and dragons and dwarves and liches, all part of one glorious host.

But they generally do poorer than they should in actual combat. Soldiers tend to freeze in panic, and even when you win there are more losses than their needs to be. Troops from other cities tend not to love each other, and everyone hates the undead. Morale drops. Everyone starts to wonder what they’re even fighting for.

There are reasons for this.

The game’s campaign details bitter struggles between the nations. If you want this horde from every tongue and tribe, you to give them something higher than history to bind them together. Remind them why they joined you in the first place: Greater Glory.