I found a great painting at a thrift store the other day. An older-looking man is giving rapt attention to an angel, who tells a story and plays with their fingers. You can picture the child-like voice saying, “And then… and then…” It’s called Saint Matthew, and the Angel, by Guido Reni. 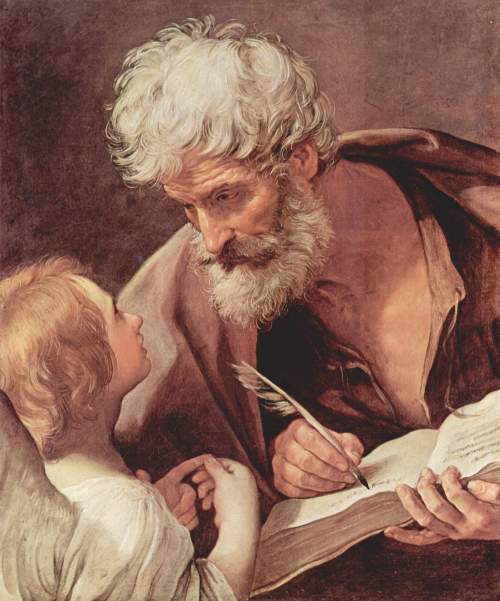 There are other paintings of Matthew with his muse. This one’s by Caravaggio. He has the angel sensually guiding Matt’s hand to write something that, judging by his raised brow and tight grip on the book, blows his freaking mind. 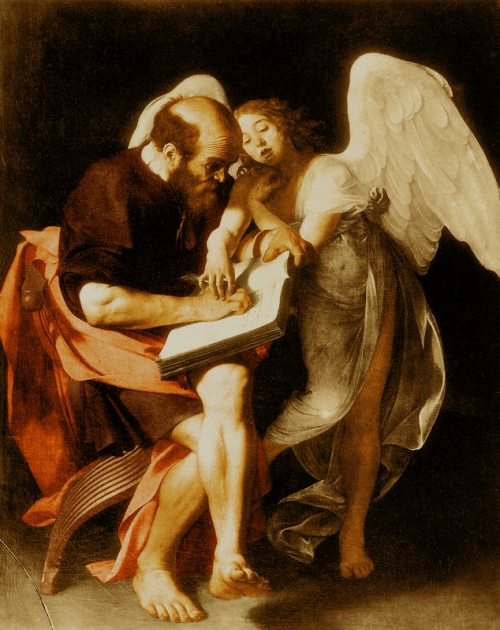 Another by Caravaggio has Matt presumably driven to the writing desk in the middle of the night. He looks more than a little freaked out, balancing on the stool and trying to write whatever the angel is counting off. 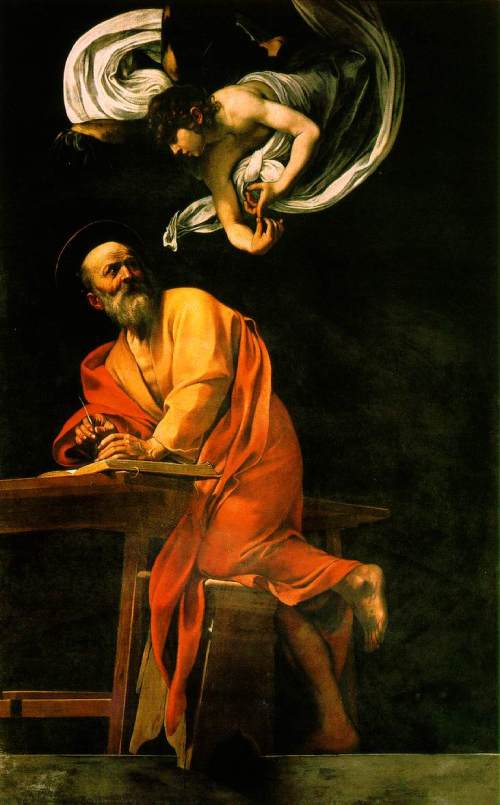 Rembrandt did one, too. His Matthew is solemn, and his hand hovers under his chin as if he completed a beard stroke. The angel whispers from behind now. There’s less urgency than in the others, but more depth. 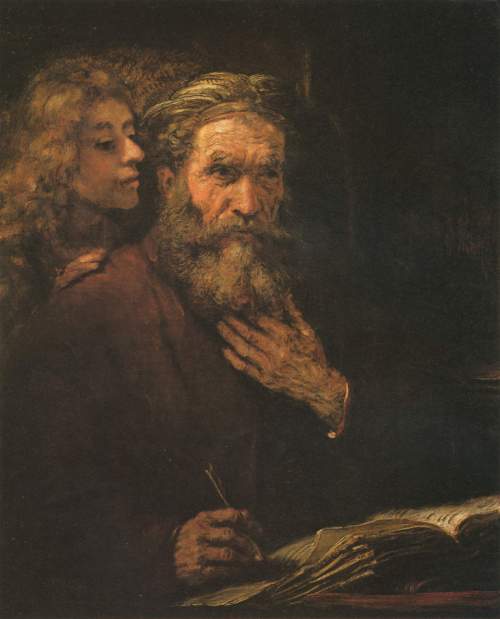 I don’t know much about the inner workings of creativity, but I’ve always loved the idea of a supernatural muse, some capricious but lovely whisperer that helps me write my things.

Who tells a simple child-like story that can pull the cynicism out of an old man’s eyes.

Who tells a tender truth easily pointed out that paralyzes us with wonder even as we try to write it.

Who pulls us from bed sometimes with something that will be lost if not recorded now, at this moment, in this spirit.

And who sometimes quietly, from behind, speaks with a depth that gives great pause.