The one that clarifies things

I’ve written quite a few drafts of this over the summer. They were mostly long and had all manner of shiny points and quips. I didn’t really like any of them. Some of them were preachy and others sounded snarky. One of them read like a guy desperate to avoid misunderstanding, and so the text was long and meandering and sure to cause misunderstanding. So the best way, I decided this morning, is to keep things tight and brief.

I am not a Christian.

It’s partially my fault that even this statement needs a bit of clarification. As an evangelical I tried to distance myself from words like Christian and religion because I felt they had been hijacked by systems that did not represent Jesus in the way I saw him. So there needs to be just a little more clarity.

I think Jesus was an amazingly insightful man.
I think the Bible is an important piece of literature.
It’s been a long and complex road from where I was to where I am.

Only the tiniest tip of my walk has been expressed on-line. In the weeks to come I’ll use this blog to unpack some of my thoughts on the journey and how I look at the universe now. But it’s important to be brief when talking about big heavy things, so I won’t say much more right now. 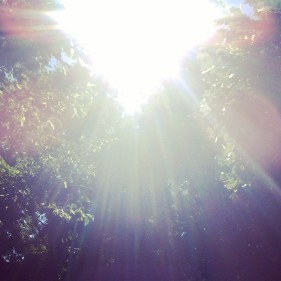 I’m open and approachable and would love to hear from you, either in public comments or private messages. I know a lot of folks don’t like using the Internet for important talks, but I think with care and mindfulness any medium can be awesome for clear, friendly communication, even when dealing with subjects as heavy as this one.

One last thing: I love you. I may be out, but I don’t even have a drop of negative feelings toward where I’ve come from or the people and institutions that have shaped me. I am happier than I have ever been in my life, both in magnitude and consistency, and that would never have been possible without my past.

Looking forward to many wonderful talks,